The Other Side of the Mountains

I was strolling in a pomegranate orchard in Byara, a small town in Iraqi Kurdistan, when I met Muhammad. After a small talk, he invited me to his home and told me the story of his life.

Muhammad and his wife are refugees from Hawraman-Takht, a Kurdish village in Iranian Kurdistan. They fled by crossing the mountains to Iraq in 1979 after Muhammad joined a Kurdish rebellion, which was defeated by the Iranian government. Later, they were forced to live in a detention camp when the Ba’athist government conducted ethnic cleansing against the Kurds in Iraq under the Al-Anfal campaign. After the fall of Saddam Hussein, Muhammad decided to return to Byara, as it is the closest place to his home village, just a few kilometers away on the other side of the mountains. Byara and Hawraman-Takht are part of Hawraman Valley, an ancient Kurdish-inhabited region, which was split into two parts when the Iraq-Iran borders were established.

Muhammad is one of millions of the Kurds in Kurdistan, a geo-cultural historical region that encompasses Iran, Iraq, Turkey and Syria, that share a similar fate. During my first trip to Iranian Kurdistan in 2018, the region seems like a faraway land with beautiful nature, unique architecture, hospitable people and ancient culture. But behind the serene landscape and smiley faces that I met on several trips afterwards, I found untold stories of loss, grief, sufferings, violent oppression and suppression by local governments, which prompt the Kurds to fight back and struggle for their rights and autonomy. Despite repeated losses and sufferings, the Kurds still show resilience and carry on their lives with hopes. They form the Kurdish solidarity and stand up for each other, feeling proud of their Kurdish identity.

“I wish I could go back home one day”, Muhammad said to me before I left. “But I can’t because I will get arrested. Every morning, I still look to the other side of the mountains. That’s where my home is.” 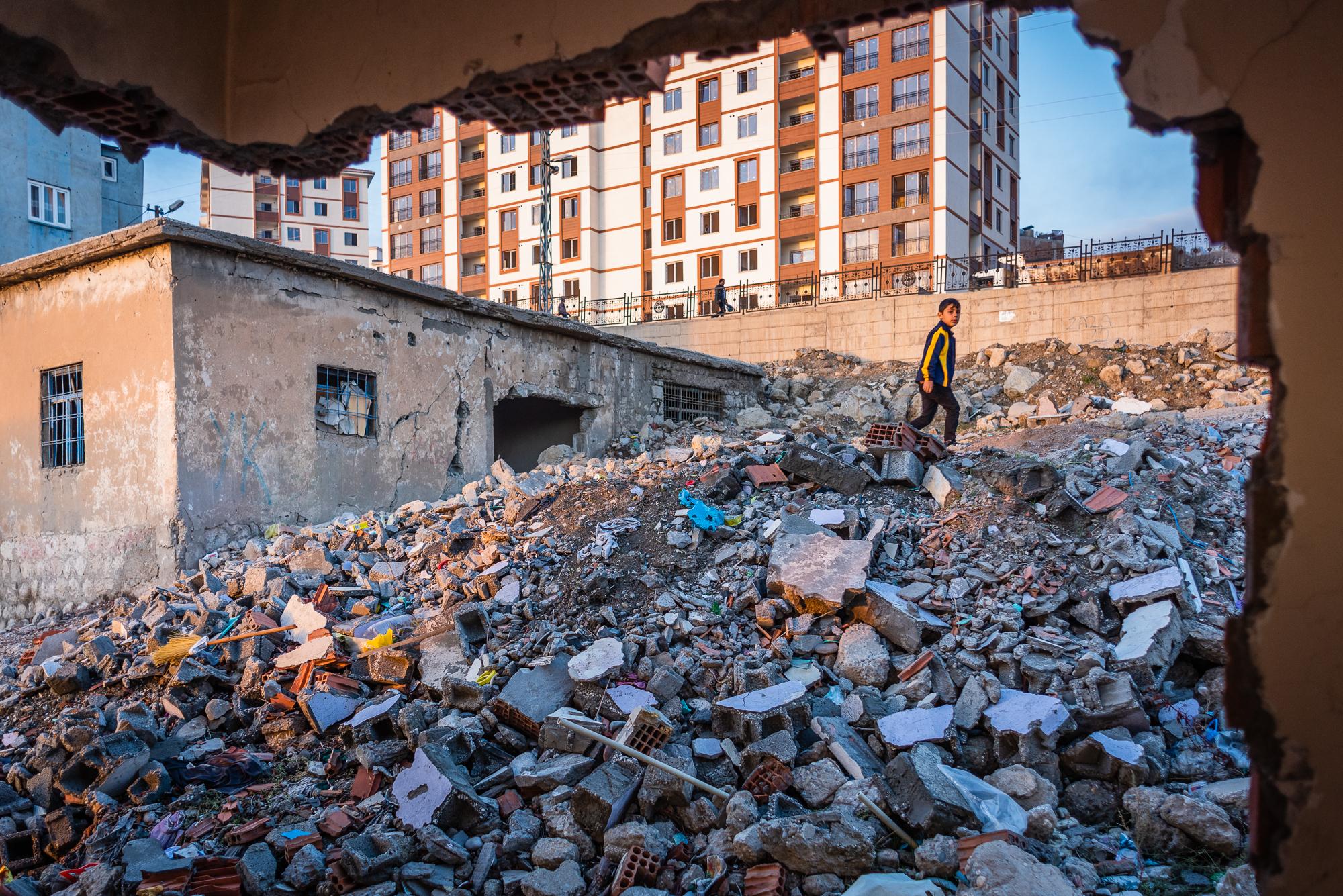 SIRNAK, TURKEY – NOVEMBER 20, 2018: Ruins of houses destroyed during violent clashes between Turkish government forces and Kurdish armed groups associated with the Kurdistan Workers’ Party (PKK) in 2015 - 2016, as part of the ongoing Turkish-Kurdish conflict. The military operations against the rebels put the Kurdish-dominated Sirnak under a curfew for nine months and damaged more than 2,000 buildings, leaving residents homeless. Rubble and bullet holes are still visible until today. 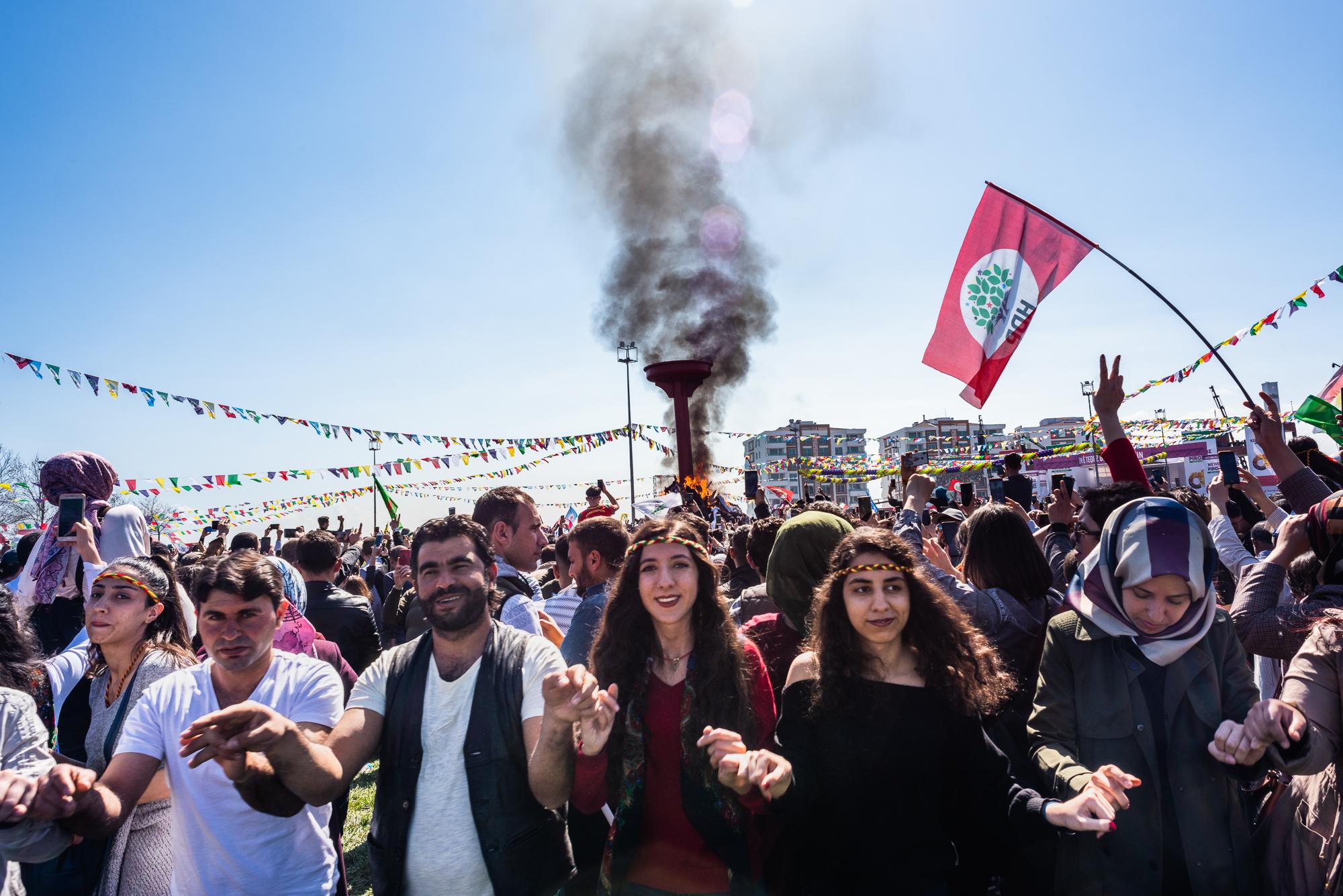 DIYARBAKIR, TURKEY – MARCH 21, 2019: Kurdish people celebrating Newroz, the traditional New Year in Kurdish culture, which usually occurs on 21 March. In Turkey, Newroz is largely considered a symbol of Kurdish identity, as public celebration was banned for decades until 2005. In recent years, the Newroz celebration in Diyarbakir attracts around one million participants and has become a platform for political messages. 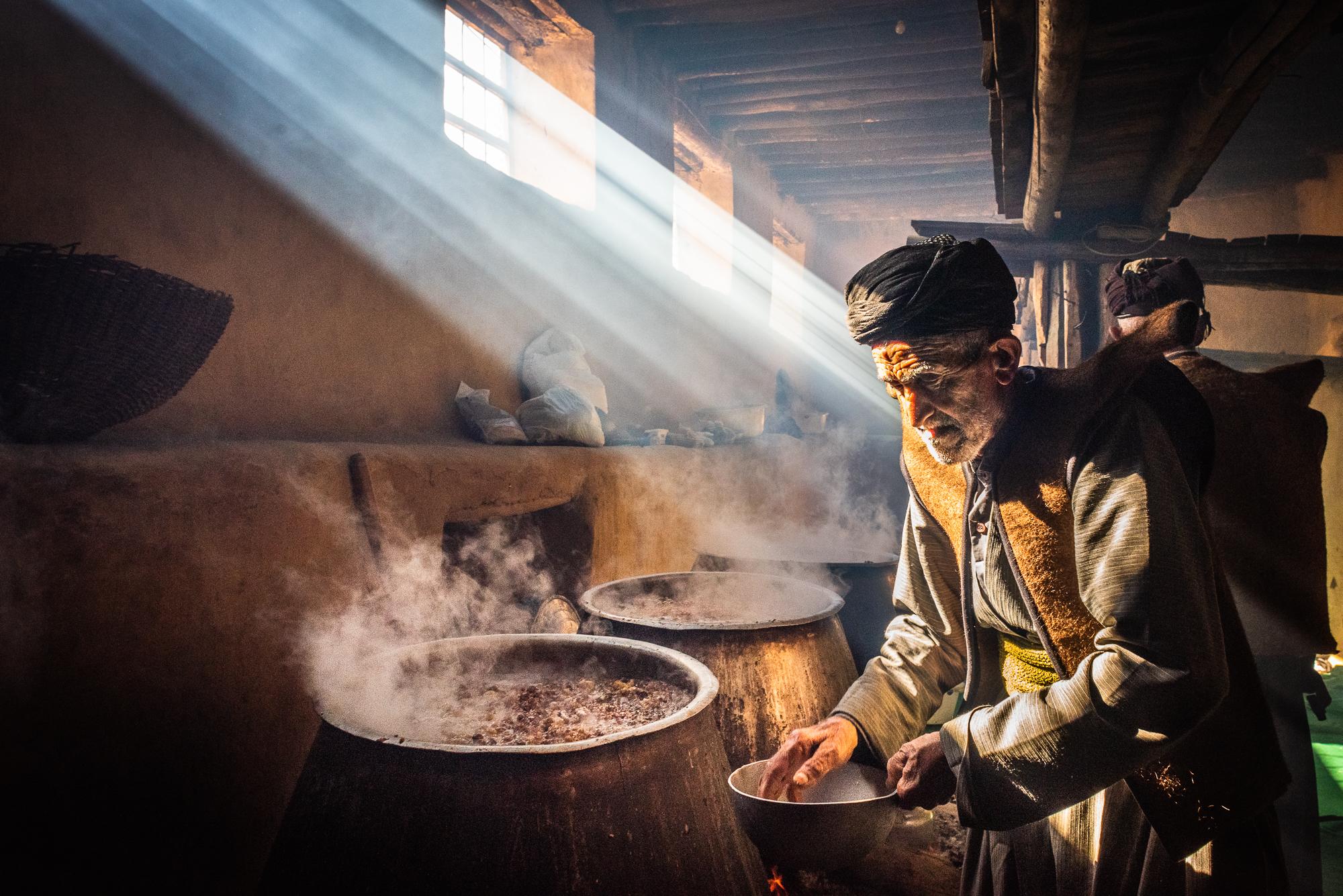 HEWRAMAN-TAKHT, IRAN – JANUARY 31, 2019: An old Kurdish man preparing a traditional soup called “hloshine teshe”, which is made once a year to celebrate the Pir Shalyar Festival, a mid-winter festival held annually in the Kurdish village of Hewraman-Takht in Iranian Kurdistan. The recipe has been passed down in the old man’s family, which is solely responsible for cooking this soup for centuries. 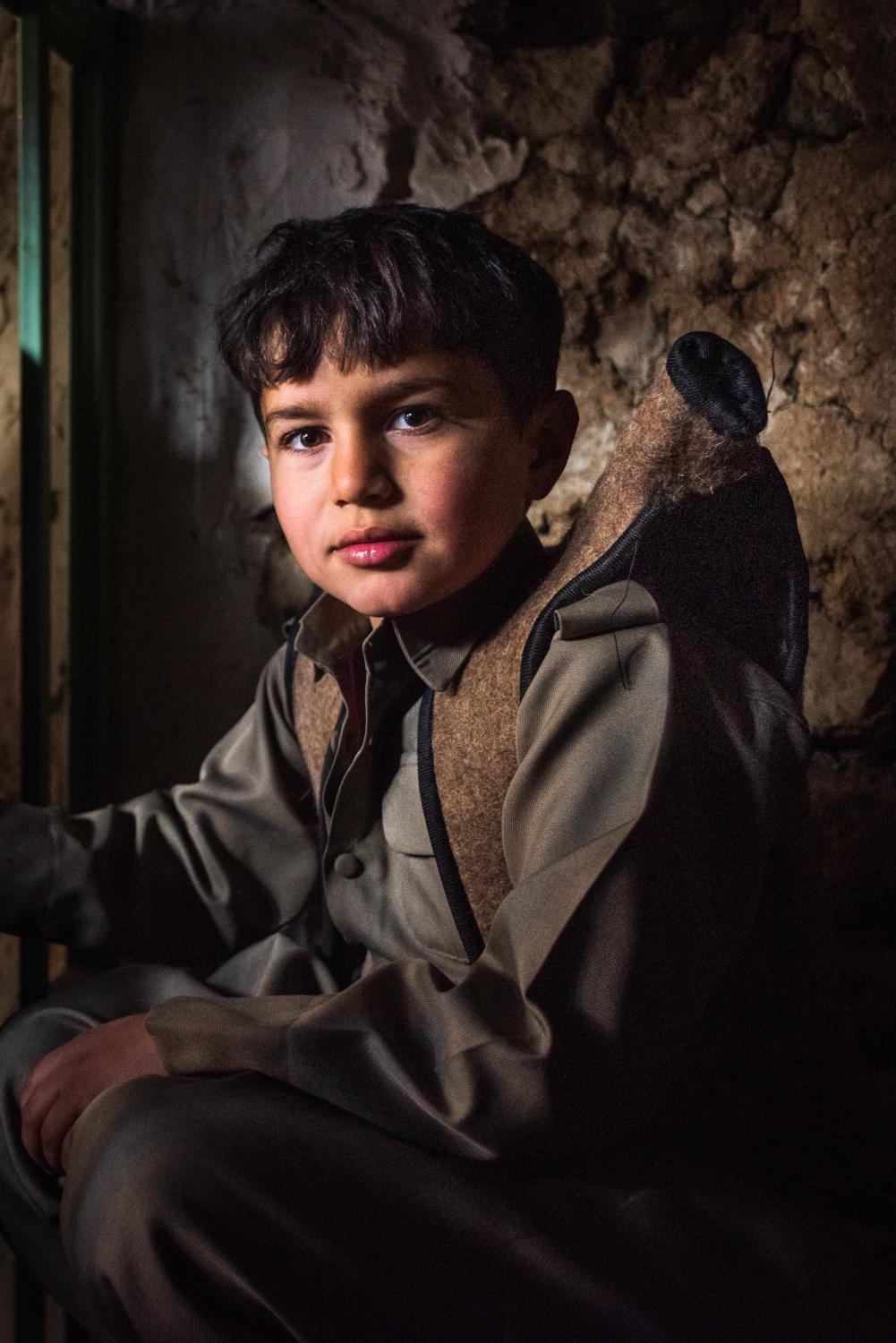 HEWRAMAN-TAKHT, IRAN – JANUARY 30, 2019: A Kurdish boy wearing traditional Kurdish costume (“kavapantol”) and a jacket made of brown felt with pointed shoulders (“kolobal” or "faranji"), which is a distinctive costume of Kurdish men in Hewraman Valley of Iranian Kurdistan. 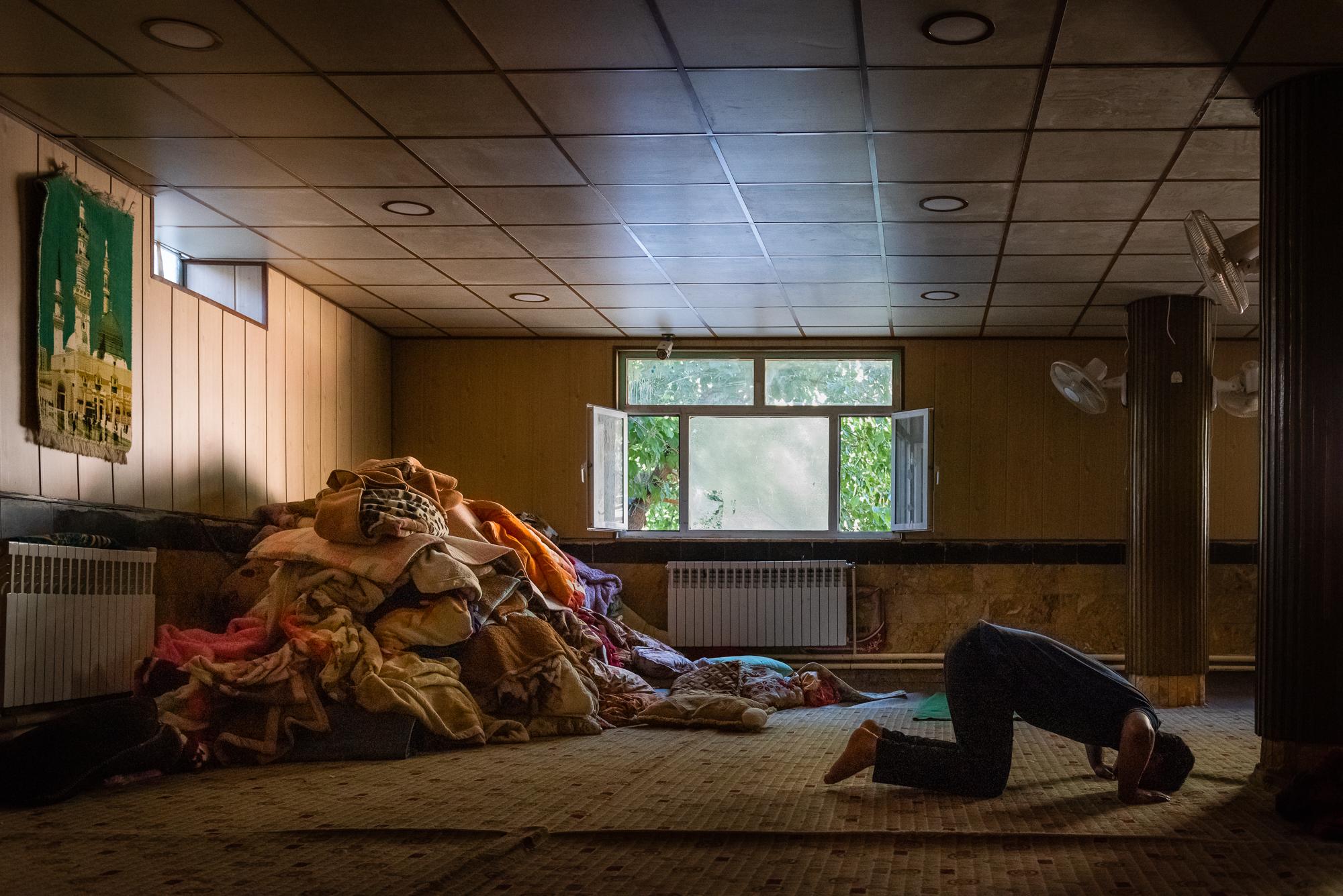 BYARA, IRAQI KURDISTAN – SEPTEMBER 13, 2019: A man praying inside the sleeping hall of “khanaqa” (a building for gatherings of Sufi Muslims) at the Islamic School of Byara. It welcomes everyone from all walks of life, including non-Muslims, to eat and sleep while staying in this small Kurdish village close to the border with Iran. 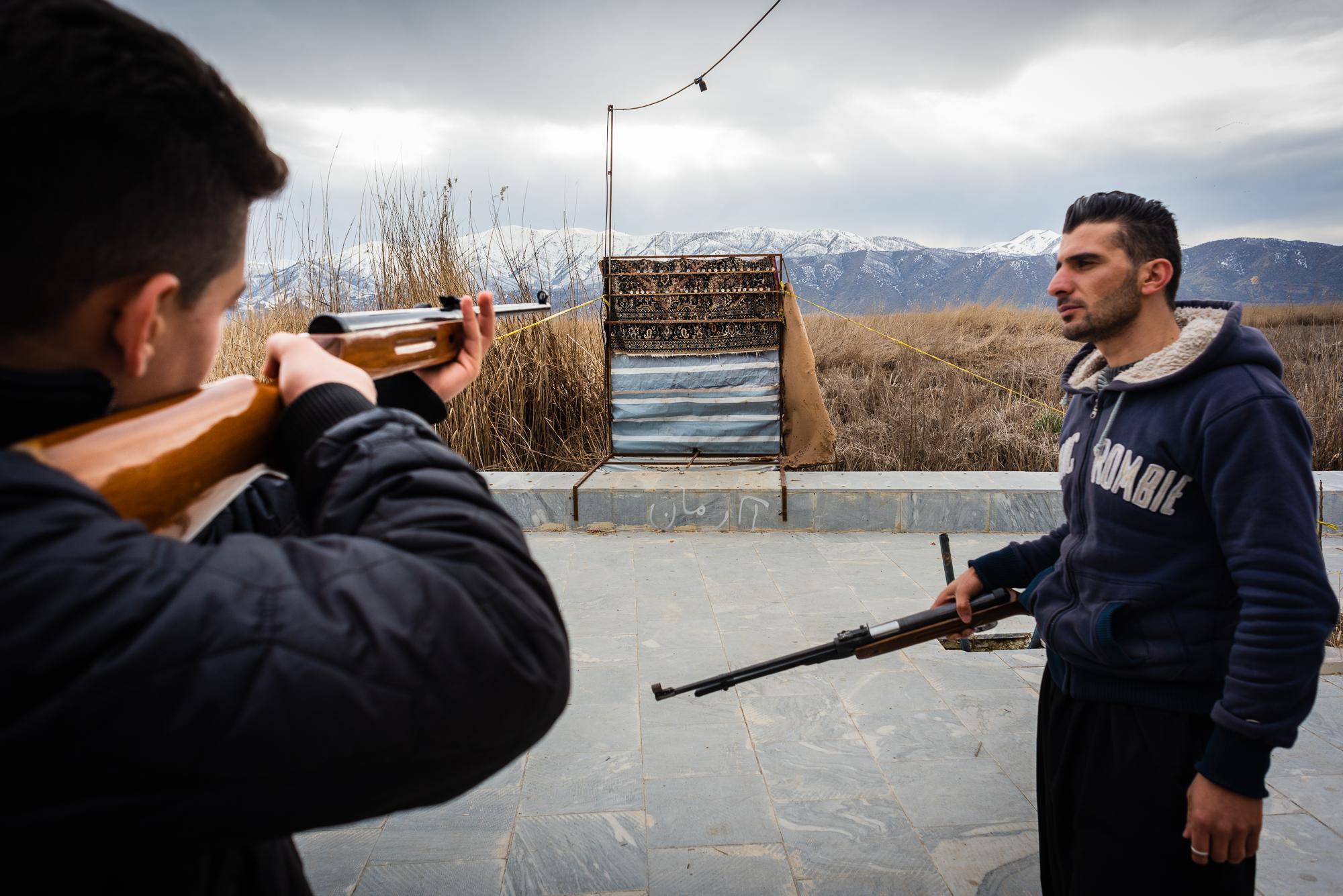 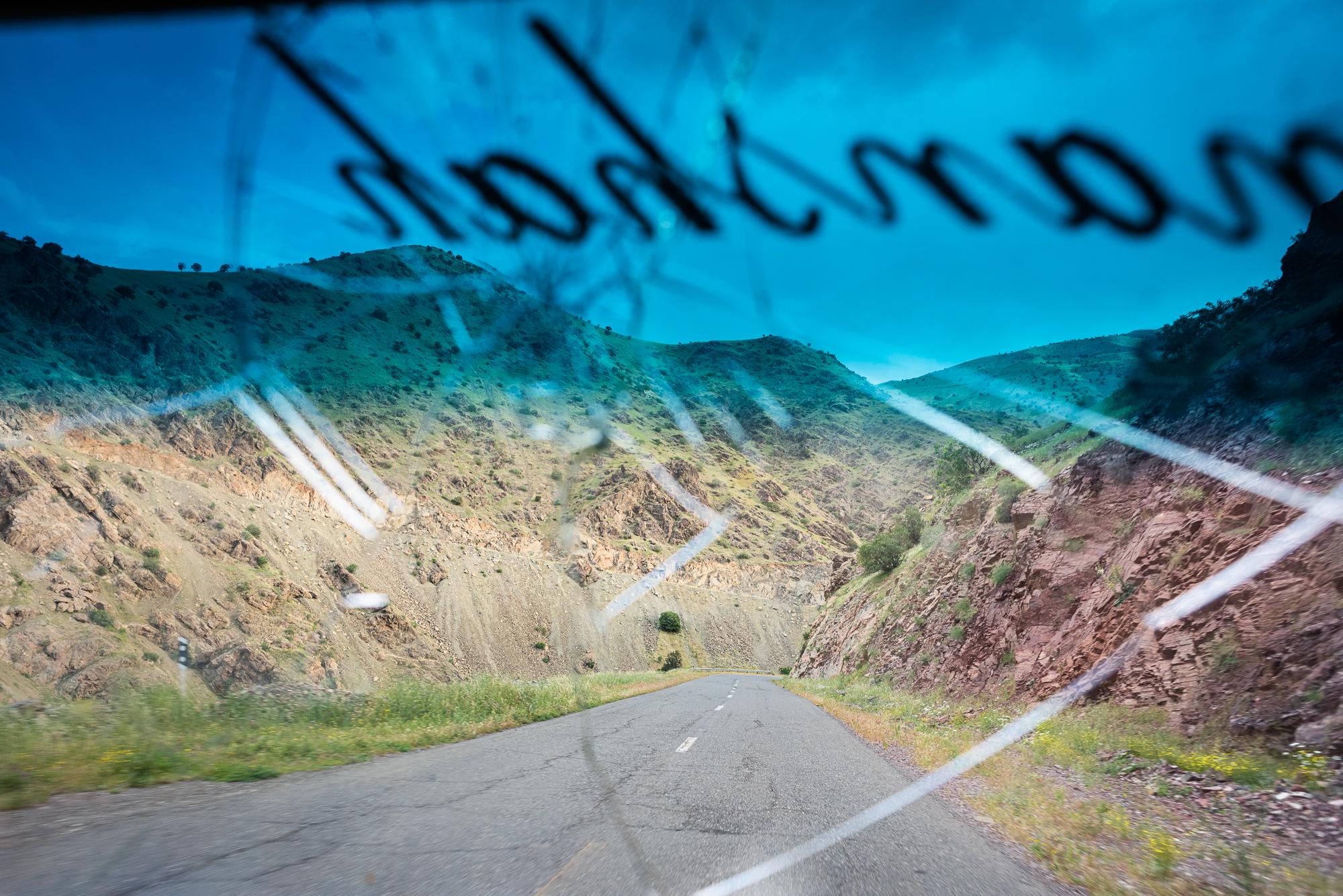 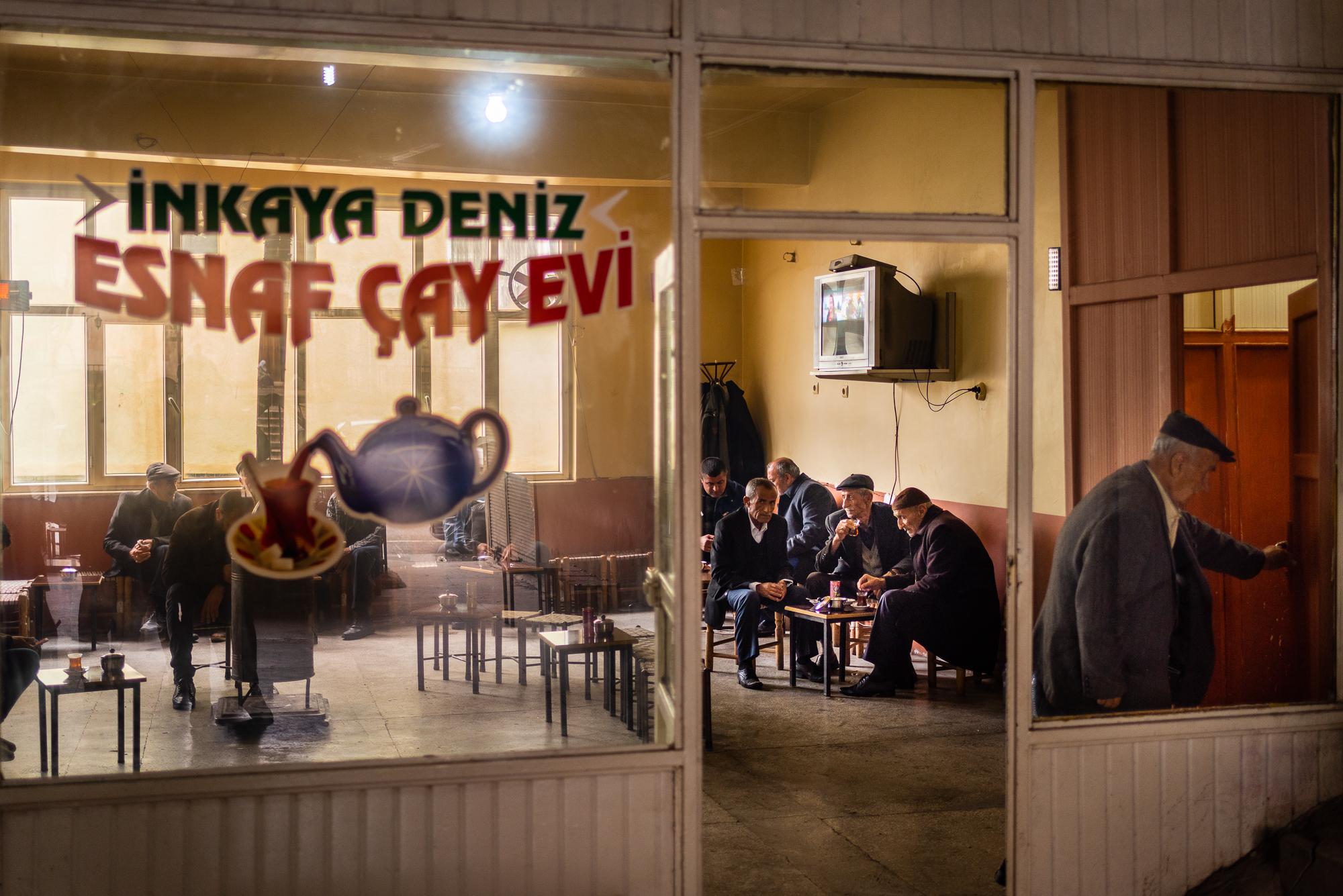 SILVAN, TURKEY – MARCH 28, 2019: Teahouses serve as an important public space for Kurdish men, second only to mosques. Every neighborhood - whether urban or rural - has at least one teahouse, where local people come for a glass of tea, discussing the issues of the day, or playing dominoes with friends. 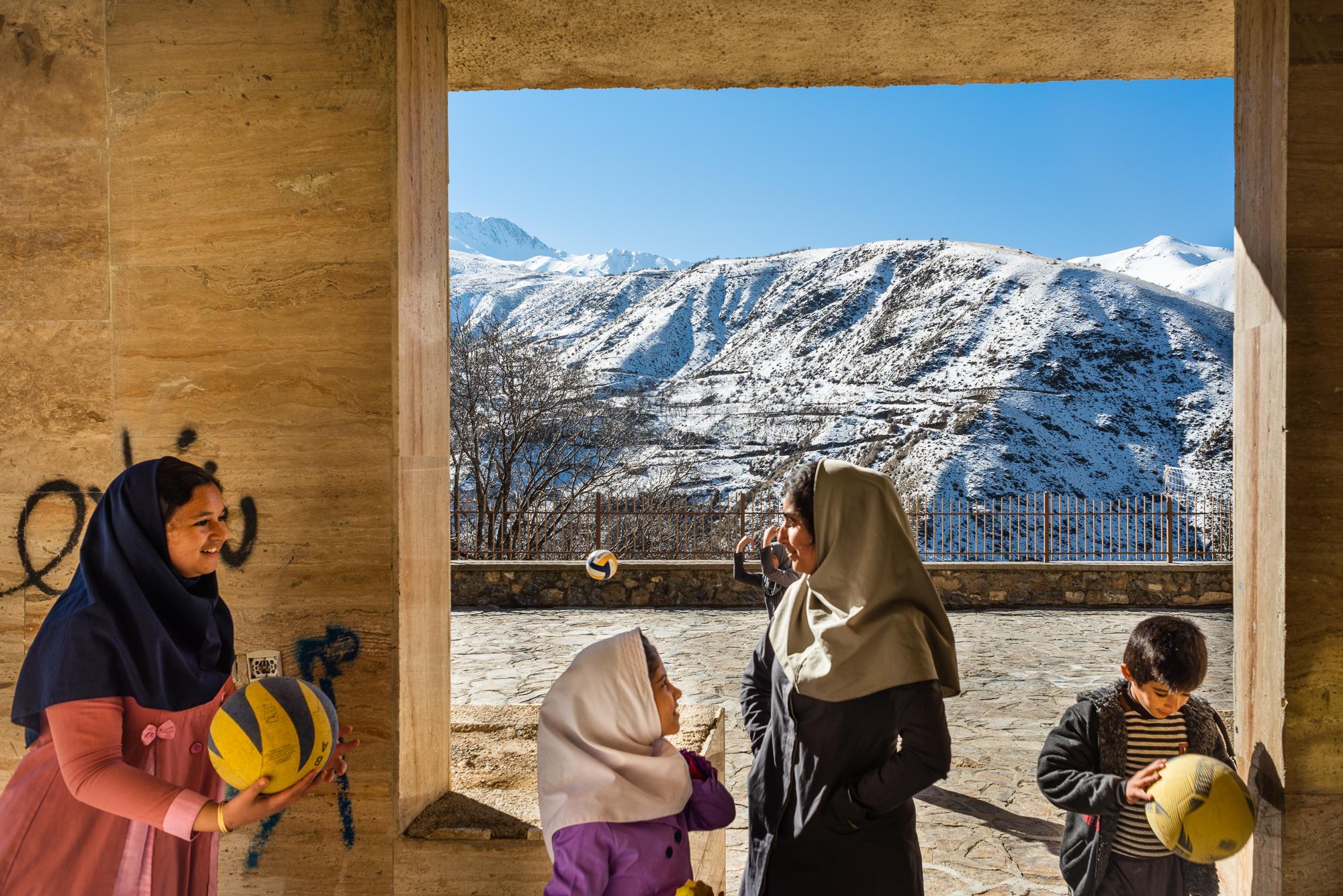 DOLAW, IRAN – FEBRUARY 5, 2019: Kurdish schoolgirls getting ready to practice volleyball. This area has only one school serving primary and secondary education. Every day, teaching staff has to commute for one and a half hours from Sanandaj, the capital of Kordestan Province, to teach here. 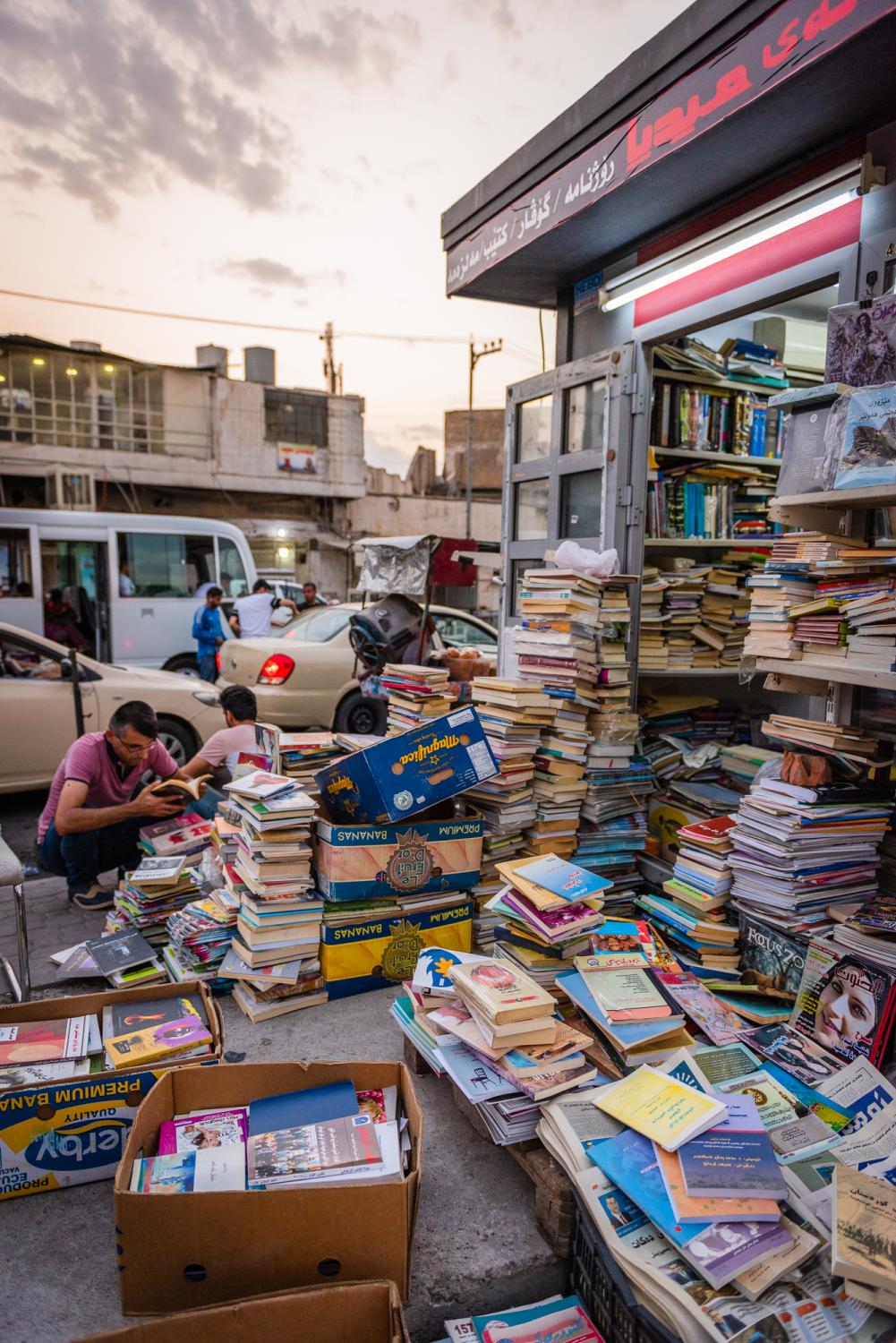 ERBIL, IRAQI KURDISTAN – SEPTEMBER 15, 2019: A secondhand bookstall in the downtown of Erbil, the capital and business center of Iraqi Kurdistan. 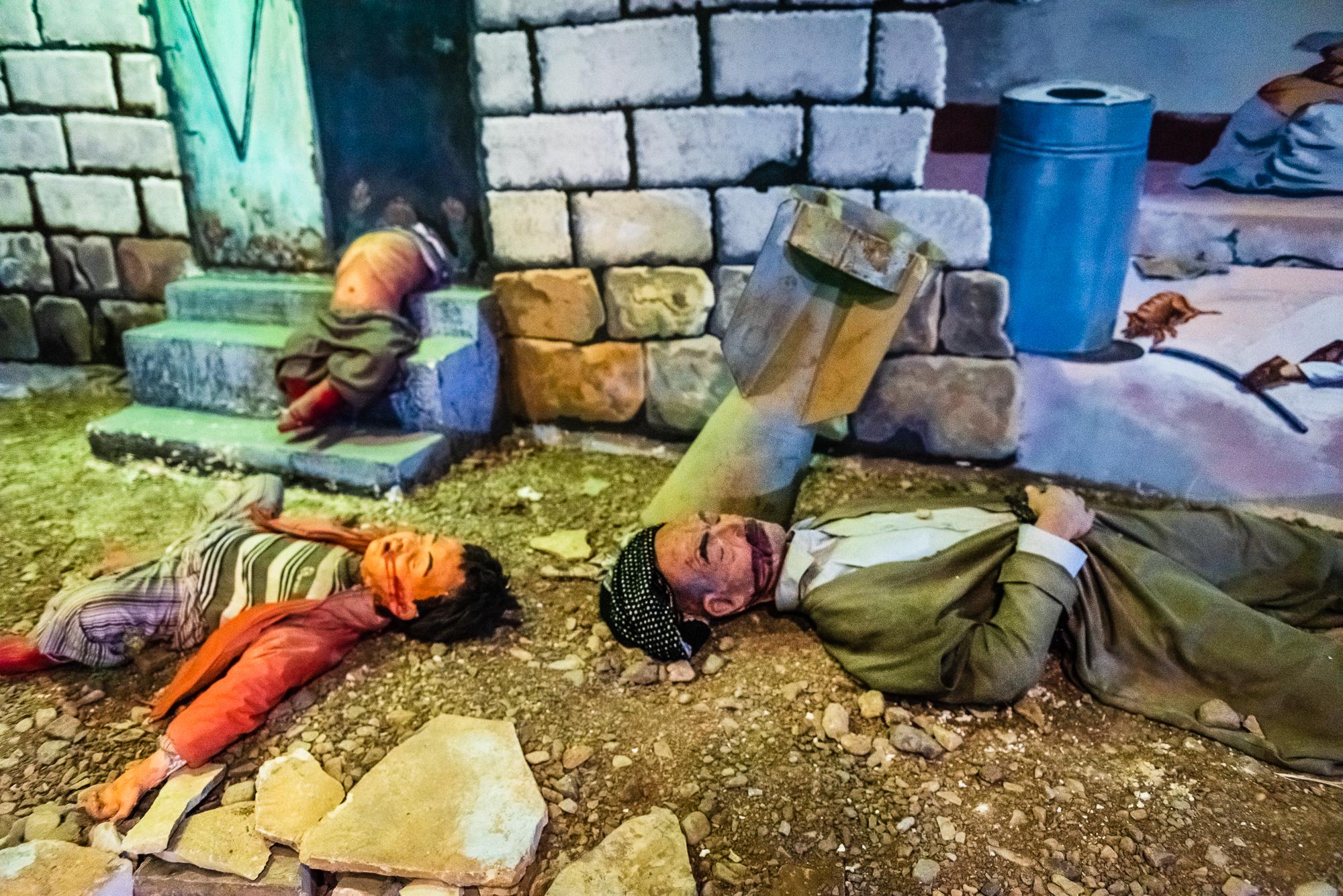 HALABJA, IRAQI KURDISTAN – SEPTEMBER 10, 2019: Mannequins at the Halabja Memorial Monument showing a tragic scene of the chemical attack carried out on 16 March 1988 by Saddam Hussein’s regime under a systematic ethnical cleansing program against the Kurds known as the Anfal Genocide. The attack killed at least 5,000 people, and 7,000 people were injured or suffered long-term illness. Most of them were civilians. 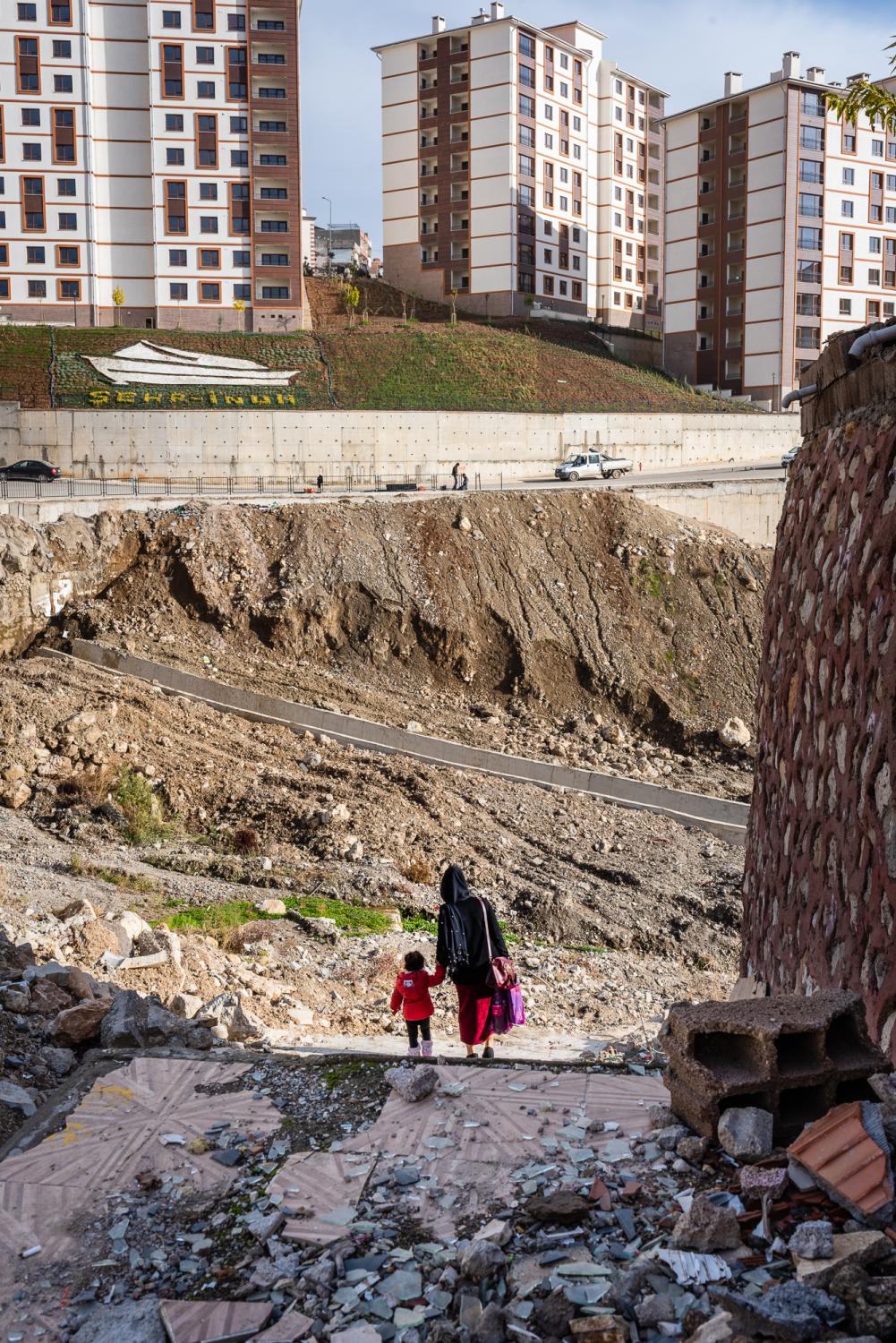 SIRNAK, TURKEY – NOVEMBER 20, 2018: A mother and her child walking pass a residential area which was a battleground between Turkish government forces and PKK rebels from 2015 - 2016. The clashes destroyed residential buildings completely. Rubble and bullet holes are still visible until today. In the background are new apartment buildings built by the Turkish government for affected families. 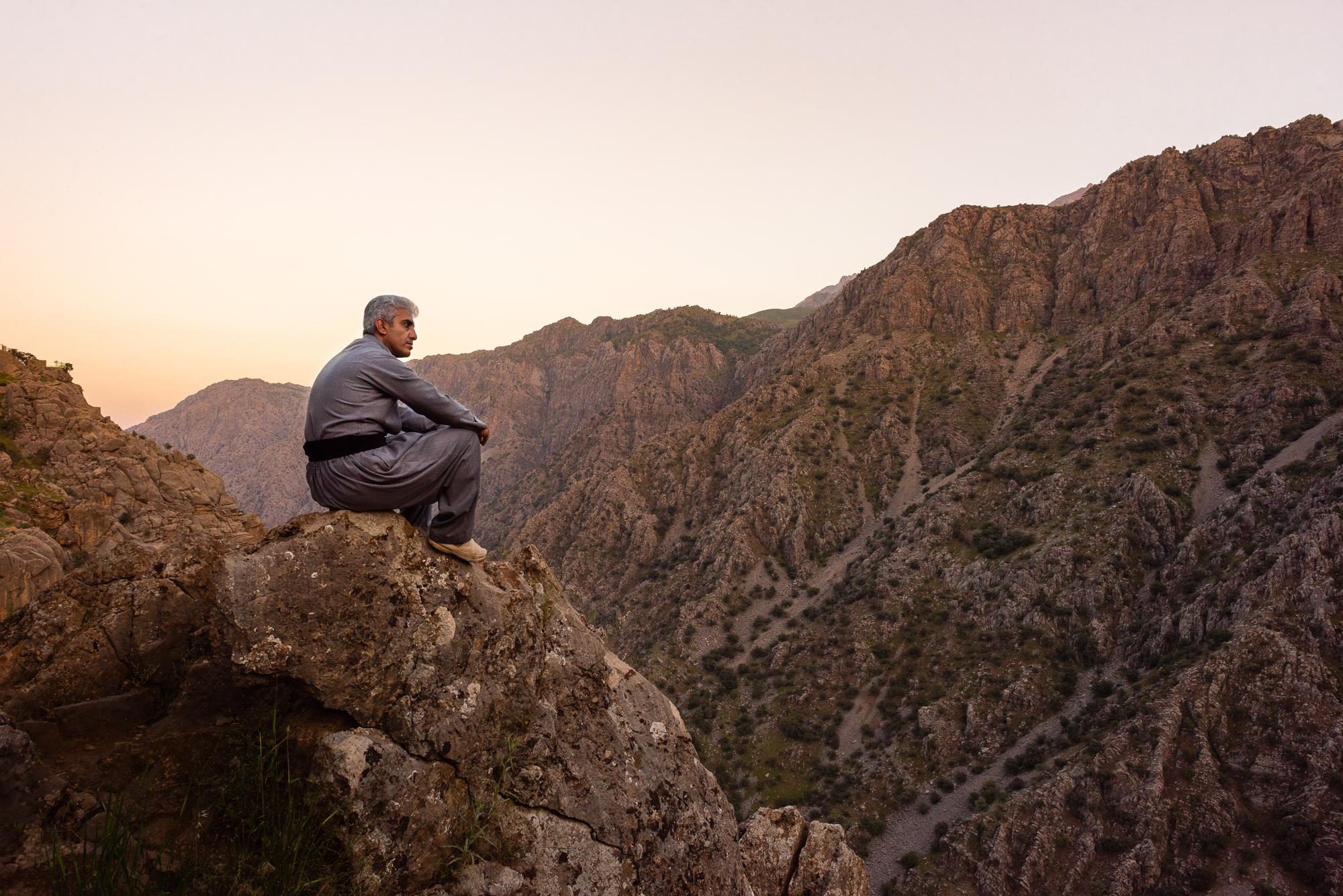 HEWRAMAN-TAKHT, IRAN – MAY 26, 2018: Mountains are important geographical and symbolic features of the landlocked Kurdistan, as a famous Kurdish proverb says that the “Kurds have no friends but the mountains”. The mountainous terrain contributes to cultural diversities among the Kurds, who are divided into tribes and speak their own dialects. In this photo is Sabah, an Arabic teacher of Hewrami tribe, looking at Zagros Mountains that forms the backbone of Hewraman, a region encompassing rugged areas of Iranian and Iraqi Kurdistan. 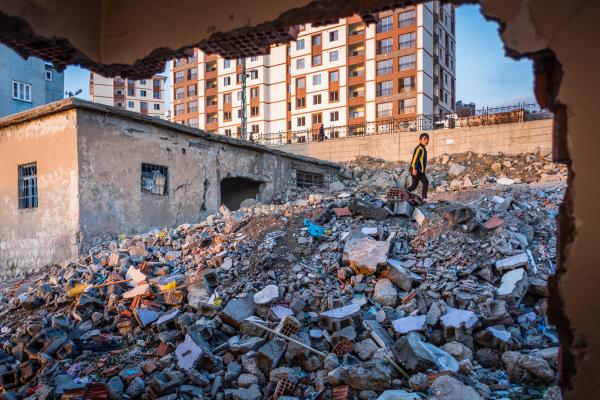 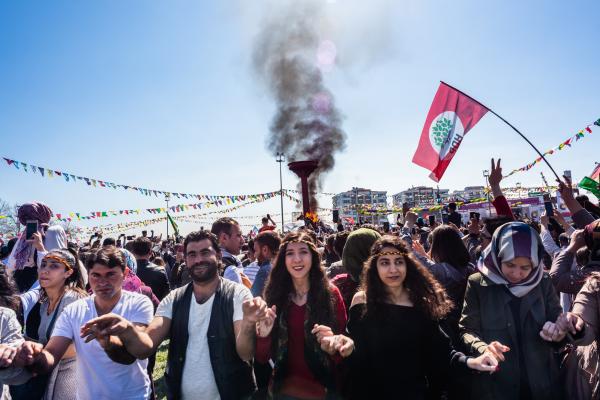 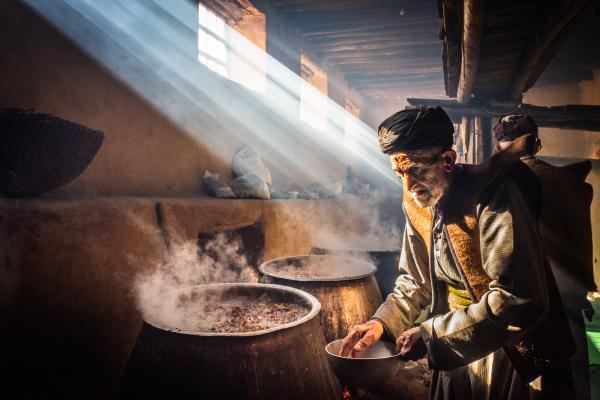 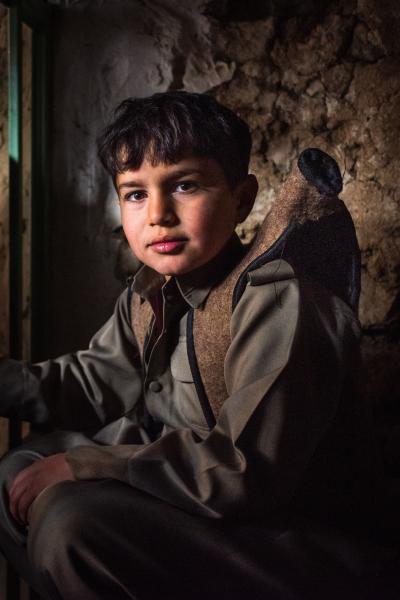 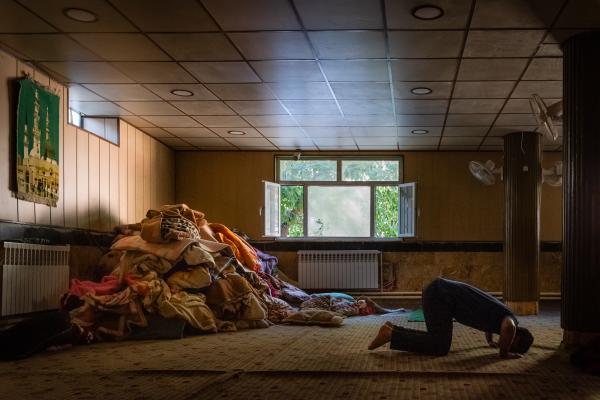 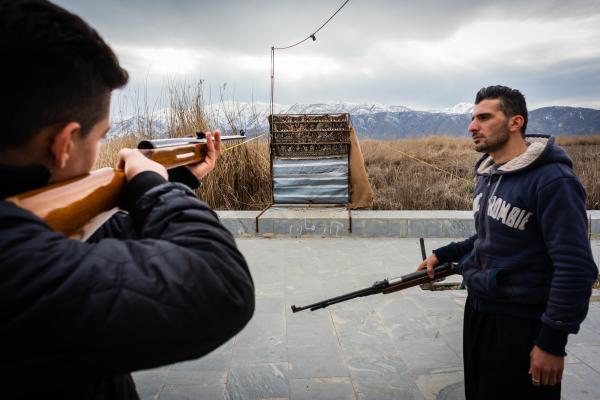 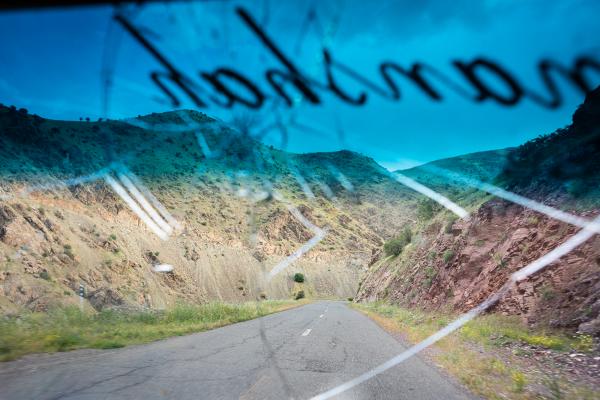 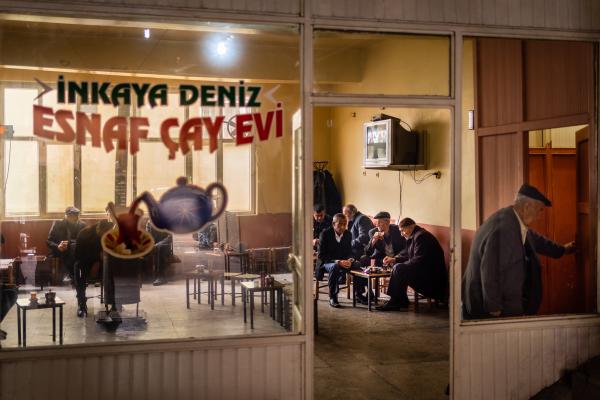 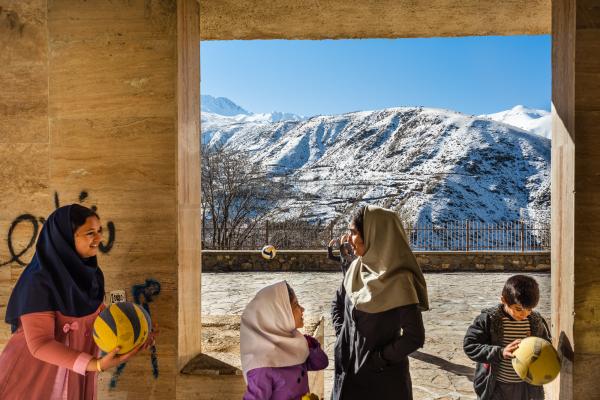 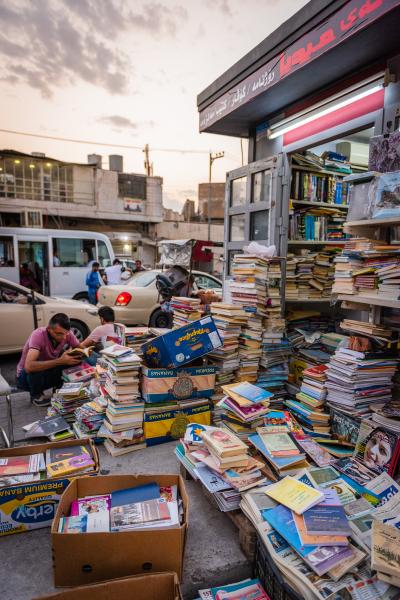 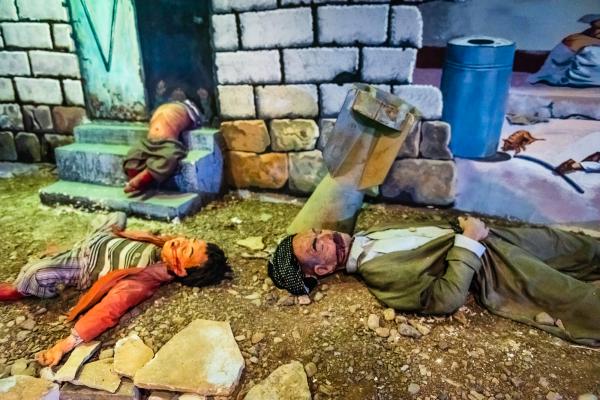 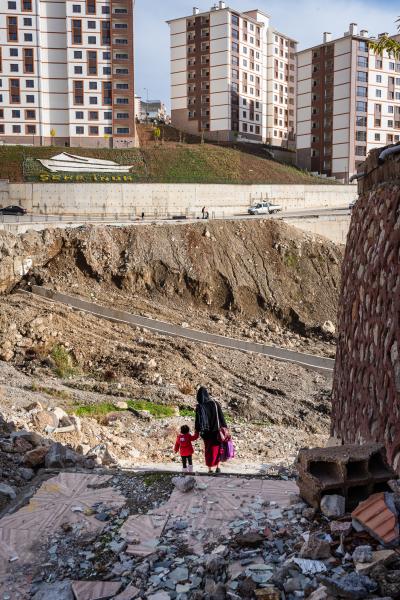 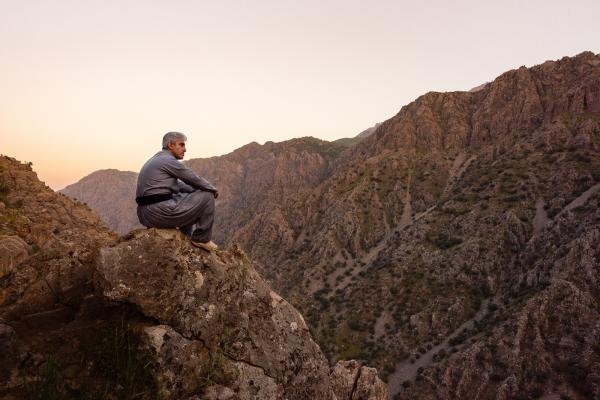 Athikhom Saengchai is a Thai freelance photographer. His works focus on travel, art, culture and people, particularly subcultures and minorities.